We saw it all today.

We set sail before breakfast to cowering skies and roiling seas. The temperature hovered at 7C in the cabin. We donned foul weather gear and still the chill was all pervading. Mark lasted on the flybridge only for as long as to exit the embayment. I lasted outside only as long as to slip the lines and bring the fenders on board. By golly it was cold.

But wait! It got even colder. As we headed northward, negotiating the wind and

waves on the Tennessee River, visibility decreased with rain. An hour or so later, it decreased even further with wispy tendrils of fog. By now we were navigating by radar and GPS. Fortunately there were no other voyagers on the river. 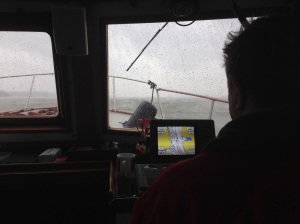 Just as we thought it could not get rougher or colder, the windscreen started to ice up. The windscreen wiper was frozen. Dish detergent needed to be applied to the windows so we would not fog up on the inside.

But wait! Finally sailing through the other side of the river fog, we encountered – – – snow flurries.

The further north we sailed, the calmer the waters became and the sun shone in Kentucky. We sailed through the Barkley Canal into the Cumberland River, and tootled in to Green Turtle Bay. 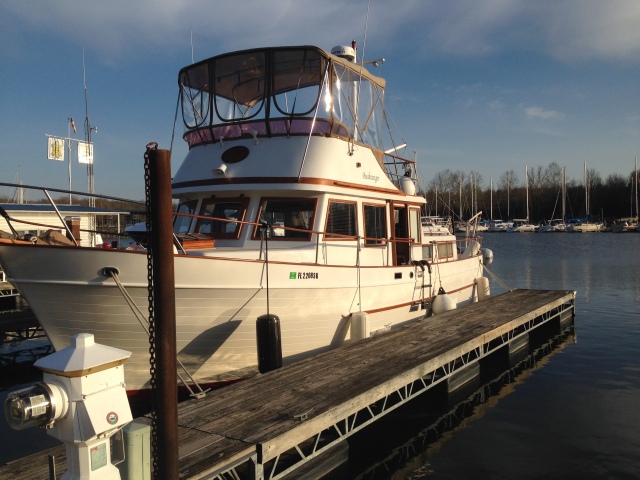 What a ride! Felt like we were riding in a horse race. All the while, Bushranger kept calmly cruising along, steady as she goes. Her rhythm was steady, her bulk comforting. We stayed warm and dry throughout. At journey’s end, Mark patted her rump with a well done. 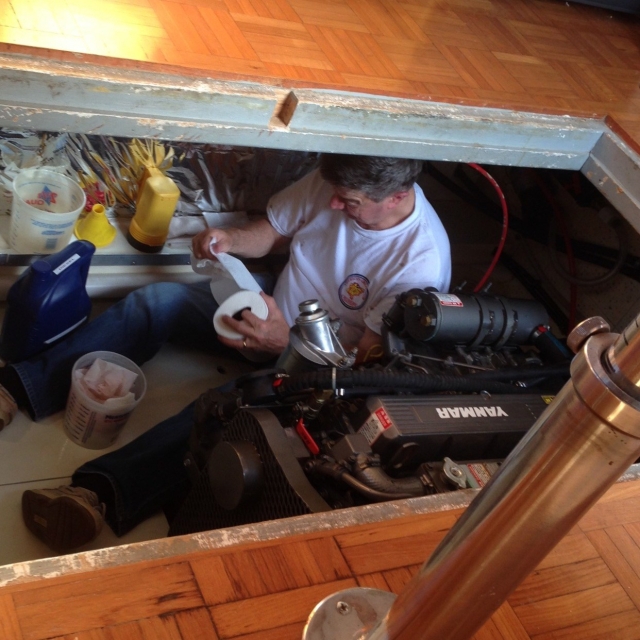